Is There A Way To Understand If Your Goals Are Unrealistic?

by An | Goal Getters Club 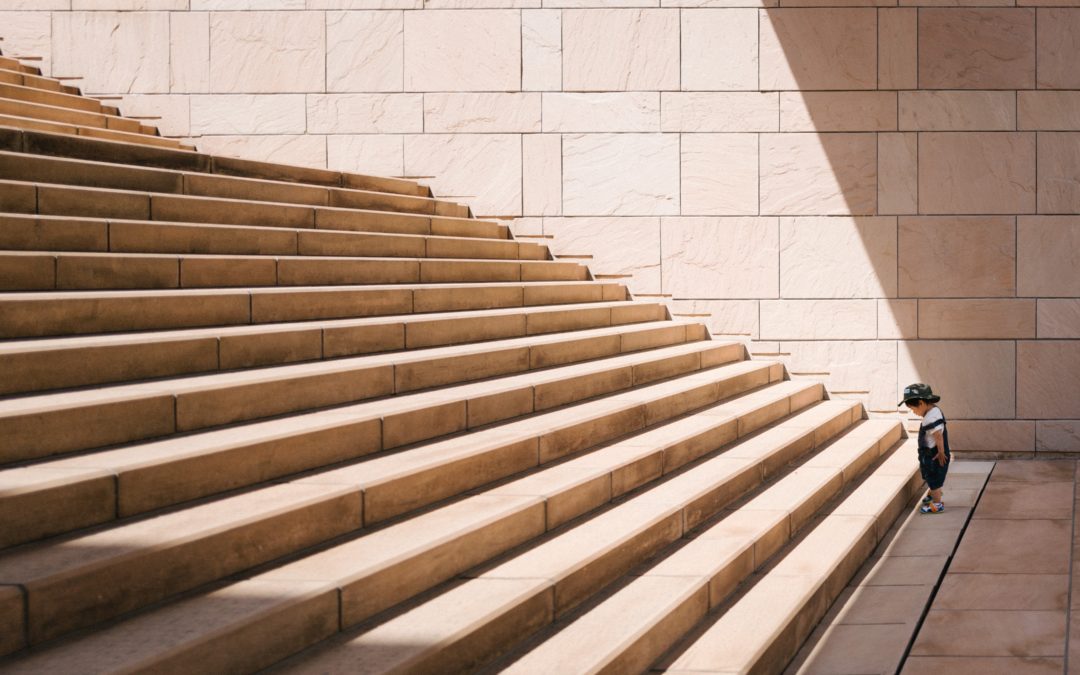 Is there a way to understand when our goals are unrealistic?

I love this question – and it’s not one with a clear-cut answer.

There’s no specific analysis or calculation that we can do to determine the exact answer.

Often this question is rooted in what we think is possible for us.

If we think something is possible for us – like baking a cake, or going for a 5-min run – we don’t ask ourselves that question.

Because we’ve done it before.

Or it’s something that’s close enough to what we’ve done before.

The thing we wanna do, might be a challenge, but seems doable at the same time.

But sometimes, the things we’re longing for are farther out of our comfort zones.

They are in unfamiliar terrain – we’ve never been there and we have no guarantee that we’ll ever successfully make our goals happen.

And we don’t have a clue about how to actually make our goals happen – all we can see are the obstacles and hurdles in front of us, but no clear-cut path for how to navigate those and make it to the other side.

And so we might end up thinking it’s not possible for us.

That’s it is unrealistic.

Not now. And not ever.

(And often, we get those exact comments from the people around us, who see all the same obstacles and hurdles, and no clear-cut path for how to navigate those and make it to the other side. Their worries, doubts and fears confirm and reinforce our own worries, doubts and fears. And that has us believe even more that our goals must be unrealistic. That they definitely won’t be doable. Not now. And not ever.)

But the only way to figure out if something is doable, is by doing it.

By taking action and working at it, every single day, one super small step at a time.

Because taking action is gonna help us to create the skills, knowledge and expertise we need to make that goal happen.

And taking action is gonna give us invaluable feed-back on what’s working, and what isn’t, and what our next step could be.

But here’s the tricky thing about evaluating that feed-back – we might take it as proof that it just isn’t possible, even though it might just be a temporary bump in the road.

It might just be something that isn’t working – yet.

And not something that will not work. Not now. And not ever.

Now here’s something to consider when it comes to setting crazy, seemingly unrealistic goals.

Here’s some goals that I’d consider unrealistic for me:

Me becoming an Olympic figure skater (are you as obsessed with Tessa and Scott as I am?!) – yep, not realistic never ever having skated before and not being 20 anymore.

Me becoming an astronaut – yep, not realistic because I’ve never been and still am so not interested in becoming one.

But is it possible to become an Olympic figure skater? Sure – see Tessa and Scott again.

But is it possible to be an astronaut? Definitely.

But is it possible to become a 3 star Michelin chef? Sure – there’s plenty of them.

It’s not a crazy dream, but just a dream that’s not a great fit for me, with my lack of required skills, no desire to acquire those skills and no willingness to put in the hard work.

Then, yes, big dreams seem crazy and unrealistic because they are not part of our world + our life as we know it, right now, in this moment.

But that doesn’t mean that they ARE unrealistic and crazy.

There’s plenty of dreams that have been met with a “no, this is not possible” and still have proven to be possible.

If you get the skills and have the passion for it, and if you are willing to put in the consistent hard work.

There was no-one who thought JK Rowling would be a bestseller author, she got plenty of rejections, and she still made it happen.

Before the Wright brothers flew the first airplane, no-one thought it would be possible, except for the both of them who had this passion and crazy dream and kept working at it.

Julia Child was 49 when she published her first cook book and became a famous television chef in the USA (they made a lovely film about her, called “Julie and Julia”, that’s really fun to watch and one of my favorite movies).

And I just read about Tariq Farid who got only laughs when he pitched his idea for a new business and is now running a $600 million business.

So, “Never give up on something that you can’t go a day without thinking about.” Winston Churchill

Or as the saying goes – it always seems impossible, until it’s done.

Or as Steve Jobs would say – here’s to the crazy ones, because they change the status quo and make things happen.

So here’s to you, to making your crazy dreams happen and stunning the world + yourself with what you’re truly capable of!

Like what you see? Get updates delivered straight to you!

Plus, you'll get my Get Started Kit to help you
deal with criticism and pushback,
with confidence + ease, and without taking it personally.

This website uses cookies to improve your experience while you navigate through the website. Out of these, the cookies that are categorized as necessary are stored on your browser as they are essential for the working of basic functionalities of the website. We also use third-party cookies that help us analyze and understand how you use this website. These cookies will be stored in your browser only with your consent. You also have the option to opt-out of these cookies. But opting out of some of these cookies may affect your browsing experience.
Necessary Always Enabled
Necessary cookies are absolutely essential for the website to function properly. This category only includes cookies that ensures basic functionalities and security features of the website. These cookies do not store any personal information.
Non-necessary
Any cookies that may not be particularly necessary for the website to function and is used specifically to collect user personal data via analytics, ads, other embedded contents are termed as non-necessary cookies. It is mandatory to procure user consent prior to running these cookies on your website.
SAVE & ACCEPT